Something amazing happens when the Olympics roll around. All the hard work and effort that athletes have put in, many over their lifetimes, comes to fruition and they get to put themselves to the test against the best in the world. 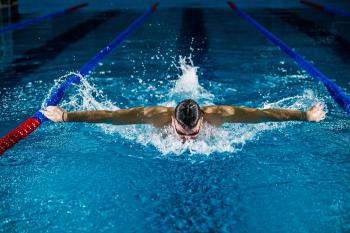 Becoming an Olympic champion requires such true passion and dedication, it is one of the most difficult achievements in the world of sport. That’s what makes the 2-time gold medal triumph of Britain’s Adam Peaty even more impressive. He won gold in the 100m breaststroke in Rio, in 2016 and went on to claim the gold again in Tokyo 2020. To maintain the level it takes to be the best in the world at your sport over the 4 years, 5 this time around, between games is unbelievable. You need to remain at your very peak and push yourself to the maximum each and every time you train.

This is something that Tom Dean, Britain’s 200m freestyle swimming gold medallist, knows all too well too. He was struck down with Covid-19 twice in the run-up to the 2020 Olympics and had to undergo a specialist comeback regime, which meant 6 weeks of no training at all. Despite all of this, his drive to be the best in the world and determination to show his potential was intact throughout.

Tom Daley, having competed at 4 Olympic games, finally won his first gold medal in synchronised diving alongside his teammate, Matty Lee. Despite several high profile challenges in his life, Tom never let himself become distracted from his aim of claiming that gold medal.

These are only a handful of examples but what they demonstrate is that true achievement comes at the end of a journey. We only see these athletes compete in the final leg of their journey but they have been working with their teams and mentors, striving to improve themselves, every day in the lead-up. This is a lesson for everyone out there who wants to achieve something great, whether in business or otherwise.

Where do you want to be in 3 years when the next Olympic games start? If you have something to achieve, big or small, we would be honoured to make that journey with you.